The Changing Face of the Global Economy

On 28 January 2002, the European Policy Centre held a policy briefing on the changing face of the global economy. Keynote speaker was Jeffrey R. Immelt, CEO of General Electric since 7 September 2001, who spoke about his company's expansion strategy, especially in Europe.

Jeffrey Immelt began by saying that he had come to deliver a simple message: Europe had been very important to GE's past, and it was even more important to its future. GE is a European company, he said, with one-quarter of its worldwide assets, here. Since 1990 it had invested Euro 5 billion in Europe while employment had grown by 85 percent. But Mr. Immelt conceded that there was a strong need for better communication in Europe.

"This is a time of great change in our company," Mr. Immelt said. He is the ninth chairman in GE's 120-year history, replacing Jack Welch who led the company for 20 years. He credited Mr. Welch with building GE into a much admired and valuable company. Mr. Immelt sees his job not as replacing Mr. Welch but as leading GE in a different area.

The outlook was bleak for an economic recovery, Mr. Immelt said. There are some positive signs, such as low interest rates, low inventory levels and continued consumer activity. But these are offset by the global war against terrorism, lack of investment, high unemployment, consumer debt and general industry stress. "Given these mixed signals," he said, "we are doing our business planning assuming a flat economy."

Nevertheless, GE believed that the time was right to expand globally. "GE can compete and thrive in this global environment," Mr. Immelt said.

Although GE was doing well, there was much work to be done. "We think GE works, but we are not standing still," Mr. Immelt said, going on to highlight two key goals at present:

Globalisation forms a critical part of GE's growth strategy. With the chaos and uncertainty in the world some have questioned this approach, urging companies to retrench, stay home and refocus their views of the world. Mr. Immelt dismissed these arguments, contending that the time was right for companies like GE to move forward. The past 20 years have marked a major shift for GE, which today received a far greater percent of revenues from outside the US compared to previously. He predicted that this percentage would keep rising. During his 20-year career at GE, mostly in Plastics, Mr. Immelt had learned three important lessons about what a global business had to be:

Europe and China would both be key to GE's growth strategy over the next five years, predicted Mr. Immelt. The company believed Europe had created the right environment for change and growth in a number of ways, including: the evolution of a single market and single currency; the eastward enlargement of the EU; a strong commitment to innovation; a superior education system and an overall vision with an emphasis on individual citizens and transparency.

Cooperation was at the heart of GE's success in Europe as well as other parts of the world. Specific examples included Tungsram in Hungary and Thomson CGR global diagnostic imaging and Snecma commercial engines in France. GE's approach was to invest in capability and grow exports from each investment. Mr. Immelt said that GE's goal was to become Number 1 in Europe and to that end it planned to invest more in customers, business development and communications.

Mr. Immelt said he could not end his talk without touching on one of GE's less successful activities in Europe, its attempt to acquire Honeywell that had been blocked by the European Commission. The decision dealt a blow to morale at both companies and created a false perception that GE was not linked to European markets and customers. "We just can't live with the thought that you may not like us, " he said. With the appeal still pending Mr. Immelt declined to discuss any details.

In conclusion, Mr. Immelt said that GE remained strongly committed to globalisation and Europe. "We' re going forward aggressively in globalisation," he said. As GE began its second century as company, it saw a future without limits.

Jeffrey R. Immelt, 46, is Chairman of the Board and Chief Executive Officer of GE. Immelt, the 9th CEO in GE's 120-year history, was appointed to this post on September 7, 2001. Previously, Immelt served as President and Chairman-elect of GE from November 2000, when GE's Board of Directors selected him to succeed John F. Welch. From 1997 to 2000, Mr. Immelt had been President and CEO of GE Medical Systems. He began his GE career in 1982, and following a brief assignment with Corporate Marketing, held a series of leadership roles with GE Plastics in sales, marketing and global product management.

Mr. Immelt holds a B.S. degree in Applied Mathematics from Dartmouth College (1978) and an MBA from Harvard University (1982). 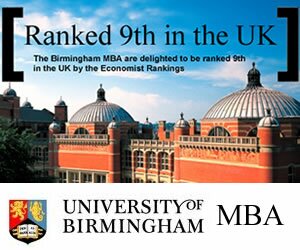