MBA Programs in California: A Wealth of Opportunites

Historically, the State of California assumed the title 'The Golden State' because of the great gold rush of the 1840s and '50s that eventually led to the mass migration westward to the Pacific coast. However, since that time the term has come to mean so much more, as California now symbolizes great opportunity in many ways - not least of which is its system of higher education and what it offers to potential students.

The University of California campuses offer a wide range of programs leading to baccalaureate, masters, and doctoral degrees. Five of the nine UC campuses offer an MBA program: Irvine, Los Angeles, Berkeley, Davis, and Riverside, and approximately 3,500 students were enrolled in these programs in the fall of 1998. MBA students at a University of California campus will find access to some of the world's highest quality faculty, facilities, new technology, and libraries.

The California State University system offers both baccalaureate and masters degrees. Of its 22 campuses, 20 offer MBA programs for their students, located in nearly every major metropolitan area of California to facilitate access for as many students as possible. Nearly 5,400 students were enrolled in MBA programs at CSU campuses throughout the State in the fall of 1998. Most of the masters degree programs within the CSU system are ideal for the working student, with many classes offered at various times of the day, including evenings. Those students who wish to pursue the practical application of business, while obtaining a degree, can choose to enroll full or part-time, making a CSU program the ideal choice for working professionals.

Many of California's independent institutions also offer MBA programs. In fact, in 1997-98, independent institutions in California awarded over 3,000 MBA degrees to students, approximately the same number as the two public university systems combined. These universities and their schools of business vary greatly in size and scope - some are large and well-known, such as the University of Southern California (USC), while others enroll fewer students but are no less well respected, such as Loyola Marymount in Los Angeles. California's independent institutions vary greatly, not only in terms of size and scope of programs offered, but also in admissions requirements and cost to students. Many also offer programs for the working student, by offering evening and weekend courses, courses through technology, and holding classes at various locations.

Because of the large number of MBA programs available to the prospective MBA student in California, the decision as to which program to apply for may be difficult. While cost, location and course offerings are important, the overall quality of the program will undoubtedly play a role in that decision. It is important for prospective MBA students to understand that both the US government and the states use accreditation by non-governmental associations and agencies to indicate education quality offered by American schools and colleges. In order for students to receive federal student assistance, colleges and universities must be accredited by an agency recognized by the United States Secretary of Education - for California institutions, the regional accrediting body is the Western Association of Schools and Colleges; for business, the recognized accrediting body is the American Assembly of Schools of Business. Prospective students seeking admission to an MBA program should know the accreditation status of their school of choice.

California is an ideal place for an MBA student to live, work and learn. To the MBA student it offers unparalleled opportunities to put to practical use what they have learned in the classroom. The state is home to 33 million people, a diverse population with literally hundreds of languages spoken and cultures represented, and a microcosm of the world at large. It has been said that if California were a nation itself, it would be the seventh largest economy in the world - as it is, it provides almost 13% of the nation's Gross Domestic Product, generating more goods and services than all of the other western states combined. Uniquely situated as the US's gateway to the Pacific Rim, a full 20% of all US import and export trade is handled through Californian ports. California is the nation's leading agricultural state, exporting produce all over the world and producing much of the nation's supply of fruits and vegetables.

However, most of the important industries are technology-based; California is home to the Silicon Valley, the bastion of information where numerous hi-tech companies conduct business and create the next wave of technology. Companies such as 3COM, Intel and Sony all employ not only numerous high-tech employees, but also those trained with the management skills to ensure their success and place in the market. Companies located in the 'Bay Area', such as San Francisco and Oakland, are leaders in the area of banking and finance, technology, health care and the motion picture industry. Southern California, and the Los Angeles region in particular, is known worldwide for its innovation in the area of motion pictures and entertainment. San Diego county still boasts important contributions to the aerospace industry. In addition, a full one-third of all US biotechnology firms and over half of the US biotechnology jobs are based in California.

Virtually all of California's MBA programs take advantage of the State's robust economic environment. Business leaders and faculty work together to ensure that MBA students not only get the knowledge and theory they need for a good foundation in business practices, but that they have access to California's full range of opportunities in which to apply that theory to real life situations. Additionally, it is common for business leaders to serve as instructors in courses. Collaboration between schools of business and industry leaders ensures a seamless transition for students between the academic and business worlds.

The combination of good planning and solid commitment by California's political leaders and general public to invest in higher education has made its system of higher education the envy of many worldwide, and the reputation and quality of education offered by California's colleges and universities continues to attract students from around the world. It is an exciting time for California, as the State is in the midst of an economic boom unprecedented throughout history. 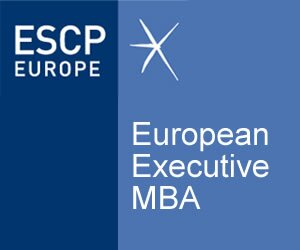