The Bill & Melinda Gates Foundation (BMGF) is paying for two MBA students to undertake internships in India – the first time the foundation has offered internship opportunities outside of the USA. 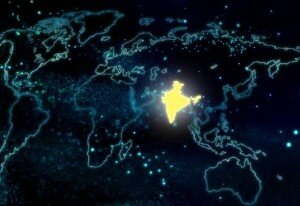 According to the India Times, the BMGF will pay the two interns – Simarpreet Singh from Gurgaon's Management Development Institute and Akhil Khanna of Indian Institute of Foreign Trade in Delhi – around 4.8 lakh each for their ten-week internship.

A lakh is a hundred thousand rupees, meaning the students will be paid approximately $7,580 or £4,978 for just over two months of work.

They are thought to be the highest paid internships that are currently being offered in India, across all sectors.

The BMGF usually recruits its interns in the USA, where is has established links with top institutions including Stanford and Harvard universities.

Girindre Beeharry, the in-country director for the BMGF in India, told the India Times that "India has a great potential talent pool” and that the foundation “would like to play a catalytic role in shaping this talent for the social and development sector."

During their internships the students will gain insight into local development issues, work on live development projects and will work with peers from the foundation’s other offices.

The BMGF is one of the biggest development organisations in the world, with an endowment of $42.3 billion at the end of November last year.

Internship recipient Simarpreet Singh, who has previously worked in development as well as at Deloitte, called the internship “a wonderful opportunity.”

Looking for an MBA? Focus on sustainability is essential, says Prince Charles
The fight against climate change needs to be led by business schools, according to the Prince of Wales.   Speaking at the end of...

Horseracing MBA to be launched at the University of Liverpool
Traditional MBAs might focus on management, finance or another highly business-ready area – but with entrepreneurship increasingly becomin...

Businesses warned to be ready for disruptive technology
Technology is now developing so fast that it is creating disruption across all sectors of the economy, according to experts.   B...

Post-MBA salary increase less for women than for men
Whilst an MBA is seen as a sure-fire way to give your salary a huge boost, research has revealed that this is more true for men than it is f...